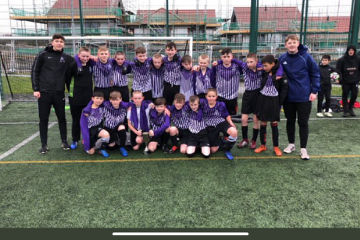 Armadale Academy under 13 football team were crowned champions of the West Lothian Schools U13 League on Friday 22 March after a nervy 2-1 victory over reigning champions Linlithgow Academy.

The game started with great intensity and culminated in a deserved half time lead courtesy of a goal from Max Ramsay.  Linlithgow posed more of a threat in the second half with a number of shots at the Armadale goal, before Armadale, on the counter attack scored a fantastic goal with Kaidin Cosgrove beating two players on the edge of the box before firing the ball inside the goal keeper's near post from 12 yards out.  Linlithgow continued to put Armadale under pressure and scored a fantastic free kick to make it 2-1.

Armadale stayed strong with captain Aidan McPhillips leading by example with some great interceptions to spark jubilant scenes on the full time whistle.

Seven teams across West Lothian took part in the competition with the girls winning 5 of their 6 games.   This success culminated in a final play-off game against Bathgate Academy.

After some amazing teamwork and fantastic shooting from our goal shooter and goal attack, Leonara Kennedy and Mia Johansen, the girls won the final 5-2.

The girls were an absolute credit to themselves and the school.  They played with a huge amount of enthusiasm and passion for the game and the girls will undoubtedly go from strength to strength as a team in the coming years. 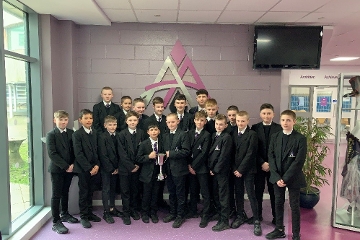 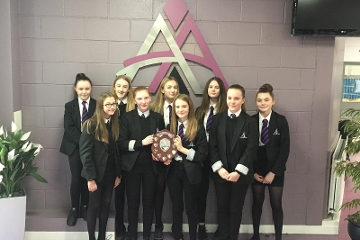 Back to School Events