As far as can be ascertained the first school in Armadale and Blackridge was provided in 1805.

This was the outcome of a decision taken by the townspeople of Armadale that their children be taught the 'Three Rs'.  The school was built following publicly raised subscriptions and the first Master, Mr William Cameron.

The remaining years of the nineteenth century, until the coming of compulsory education in 1872, witnessed a number of new places of learning.  Several private schools sprang up, many financed by mining companies.  As Armadale prospered the need for new school provision became increasingly apparent.

Plans were approved in 1877 for the North School, built on Bullion Brae, now Academy Street.  This school was the first of several that now make up the present Armadale Primary School.

By the 1960s West Lothian County Council Education Committee organised the planning and construction of Armadale Academy, designated a senior secondary school and designed to accommodate up to 700 students.  The estimated final cost of the school was £536,500. The site of this new school was to be on land previously occupied by the pithead buildings of a coal mine.  The disused pit shaft was filled in and the site of the colliery and bing were reclaimed and formed the school playing fields.  This 'first' Armadale Academy was officially opened on Friday 29th March 1968 by Miss Margaret Herbison MP.

By the early twenty first century it was increasingly apparent that the 'first' Armadale Academy building was no longer fit for purpose.  Our January 2008 HMIe Inspection Report described the school accommodation as 'adequate'.

Weaknesses were noted in

The school was fortunate that by this time West Lothian Council, through the PPP process, had agreed to the building of a new Armadale Academy, on the same site, due to be opened for the 2009/2010 session.  This new school is the building we occupy today.  This 'new' Armadale Academy was officially opened on Monday 28th September 2009 by Mrs Fiona Hyslop MSP. 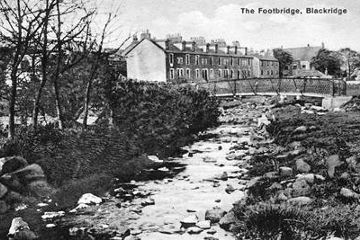